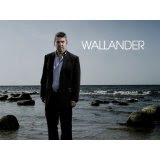 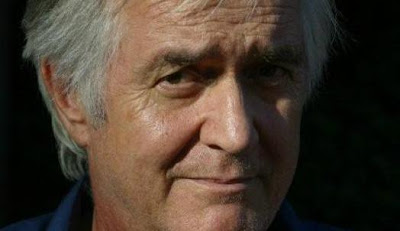 SWEDISH MYSTERIES--I am presently escaping from reality by enjoying a slow afternoon in San Diego by reading a mystery novel by Swedish author Henning Mankell. A golden sunlight is filtering in through the large tree in our backyard and through the large family room windows. It is warm enough so I don’t have to wear a heavy winter coat as I normally do when reading Mankell mysteries. His series of eight detective inspector Kurt Wallender mysteries takes place in Sweden and often in mid-winter.

I’m now into my fourth Wallender novel. He was the rage a couple of years back, but I’m finally getting around to reading this series. I’m hooked on author Mankell just as bad as when I discovered Michael Connelly’s works. Reason is Author Mankell has created a no-nonsense anti-hero and he writes as sparse as week old snow along side a Swedish highway—E-65 to be exact. I am not a neatkik, but Wallender is too much of a slob even for me and he gives way too much information about all the reasons his wife left him. She left him because he’s boring!

But, that aside, Wallender is a damn good cop. He goes from the crime scene (point a) to the conclusion (point z). He doggedly pursues clues and explains the logic behind his every move. He is lovelorn but no seedy sex scenes because no women in the book are remotely interested in wanting to go out with him (even for coffee) much less hop in bed with this 43-year old career law enforcement genius.

Author Mankell’s idea of a subplot is to rail against the foibles of the Swedish bureaucracy, especially the justice system. He’s not Mr. Excitement when it comes to plots, but his words ring true and he makes you feel like you’re shoulder to shoulder with his hero as we plod through the snow at midnight in the dead of winter in mid-Sweden.

I’m also delighted that Mankell isn’t tripping over himself to be Bruce Willis glib. There are no Robert Ludlum chase scenes or Ian Fleming trysts with exotic younger women. His movie versions may be quite different!

I only paused to write this review because Kurt Wallender is having a bad evening with a plate of mussels he ate. I’m giving him time to recover from his vivid gastric distress before we jump in his old Peugeot and head for the next village. And, by the way, all the villages in Kurt Wallender’s world are spelled like the bottom line of an optometrist’s eye chart. Read Henning Mankell with a map of Southern Sweden nearby.

Mankell, like sardines, is an acquired taste. If you wish to try Wallender on wry go to the following URL address for a complete Henning Mankell mystery online: www.google.com/search?tbm=bks&tbo=1&q=Henning+Mankell&btnG=

Also, a few years back BBC did a TV series called “Wallender” with Kenneth Branagh in the lead. I recently purchased three episodes for $14 by not reading carefully. I haven’t watched any of the series but I can’t wait to see how this fine actor is able to breathe some life into such a ragamuffin character. Also, there is a Swedish TV series on Wallender as well with English subtitles also available on Amazon.com UPDATE: The BBC Wallender series follows the Mankell novels very closely while the Swedish version borrow Wallender and have create new non-Mankell written episodes. Each have loyalists as to which is best. Don't compare just enjoy. I suggest following the Swedish dvd series after you've exhausted the BBC series.

But, for now, I’m content to read Mankell’s novels at home next to the fireplace in the family room with my cat curled up nearby and wearing a jacket to protect me from a biting Swedish winter. Ses Senare.