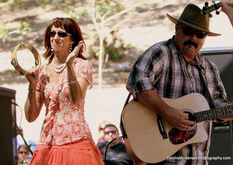 AMERICANA—San Diego based band Folding Mr. Lincoln will be on stage at Bird Park Saturday, July 24th, from 5:30 to 7:30 pm. The free event is part of the North Park Community Association’s Bird Park Summer Concert Series. Weather has been wonderful for the previous three concerts (where has summer gone?), we suggest getting there early and stake out your turf. Bird Park is at the southwest corner of 28th and Upas Sts. in North Park.

Folding Mr. Lincoln is a wide ranging collection of musicians working with songs of Americana as its base. In its first album, “Within My Reach,” the band manages to take in sweet jangly pop, fiddle driven folk and Hammond drenched, country-tinged rock amongst its repertoire.