RETRO FILES: PAMPLONA: THE TERRAIN OF THE BULL 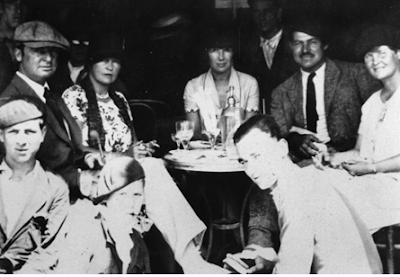 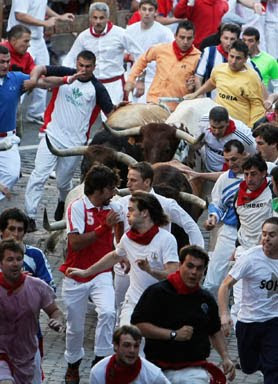 TELLING PHOTO--By tradition, every July 7, the bulls are released to run in the narrow streets of Pamplona, Spain. Adventurers from all walks of life and corners of the planet join them or to watch them run.

--from “ The Sun Also Rises,” by Ernest Hemingway.

In 1926, Pauline Pfeiffer was an editor at Vogue Magazine in Paris. She was a friend of Hadley, Ernest’s first wife. Ah, to be a fly on the table. One could only imagine the tension behind the smiles. Hadley discovered EH’s affair with Pauline earlier in the Spring. Hadley blamed the Murphy’s for encouraging the affair.

Gerald Murphy was a wealthy if not famous American expatriate artist at the time. The Murphy’s were friends with F. Scott and Zelda Fitzgerald and John Dos Passos. It was F.Scott, who introduced the Murphy’s to the Hemingway’s.

Biographers of the era point to the Murphy’s being “somewhat” portrayed in Fitzgerald’s “The Great Gatsby.”

After returning from Spain, Ernest and Hadley separated in the fall of 1926. Hadley filed for divorce in November and it was final in January, 1927.

Hemingway’s “The Sun Also Rises,” is published in December, 1926.