SUNDAY REVIEW / WHY I WRITE ABOUT TRAGEDY 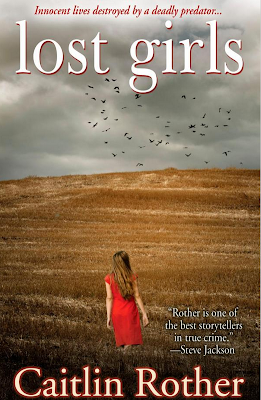 When I set out to write Lost Girls, I tried to assure John Gardner's mother, Cathy Osborn, that she would stop being the target of blame once the book was released. I would be the one to take the hits. And as most people in San Diego who watched or read the news have witnessed over the past month, I was right.

I don't need to feel validated by being right, especially in this context. I just want to say that my determination to hold my course was fueled by my deep-seated belief that no matter what the blowback, I would not stray from my journalistic ideals, because I truly believed that my research and writing could foster much needed change.

Today, after a month that started out with personal and professional attacks and also resulted in a tremendous outpouring of support and encouragement from fellow authors, former newspaper colleagues and total strangers, I don't regret for a moment my decision to write Lost Girls, the story behind the rape and murder of San Diego area teens Chelsea King and Amber Dubois by sexual predator John Gardner.

I will say it again. I am sorry for the loss of Chelsea's and Amber's parents and I am sorry that they feel "deeply hurt" by this book, because that was not my intention. My intention was to honor their daughters' memory by working to prevent future victims from falling to the same fate.

Despite being described by some critics as greedy, repulsive, disgusting, and insensitive, I am choosing to focus on the polar opposite comments from supporters who described me as calm, rational, gracious and compassionate throughout these past weeks, not to mention in the sensitive way I wrote the book. I'm especially grateful for the positive and supportive emails and reviews from law enforcement sources, defense attorneys, prosecutors and government officials, expressing their appreciation and hope that the book will open some eyes.

Here's the bottom line: If it took me being a target of anger and controversy for people to read Lost Girls, absorb and process the red flags in Gardner's life as well as the multiple flaws in the system that allowed him to roam free and kill these two girls, then so be it. As a society, let's now take advantage of this anger and direct it toward fostering change and furthering public education to spark new legislation, changes in regulations or at the very least to create a new awareness of what genetic and environmental factors can produce sexual predators like Gardner. Let's do further study of the systemic holes I've identified so we can put some protections in place to protect ourselves -- and the predators from themselves, once they go into freefall.

In the end, I feel that the blowback has been worth the personal toll it took, that my goal of trying to spur lively debate has been met and for that I am grateful. I can only hope that people will stay fired up enough to keep the momentum going so we may find some answers to these difficult problems.

For me, this is my most important book to date and that's why I put so much time and effort into telling the story right, proactively addressing the needs of all the families involved, both Gardner's and the victims' -- because I knew this content would be so personal and so potentially inflammatory.

I'd like to add a couple of personal notes for the record: One, I am no stranger to tragedy or media scrutiny into my personal life, and perhaps that's partly why I'm so drawn to this genre. And two, I am not a mother, a point that a few critics jumped on to accuse me of ignoring how the victim's parents would feel about the book. That said, I always wanted to have children, one if not two, and I married a man at 33 with that very purpose in mind.

My husband, who was at one time a public figure -- the chief investment officer of the San Diego County pension fund -- fell from grace and was written up in the newspaper more than once. He was an alcoholic who was diagnosed with borderline personality disorder, the same disorder as Wayne Adam Ford, the other serial rapist killer I wrote about in my book Body Parts. While my husband was the CIO and I was a reporter at the San Diego Union-Tribune, he was arrested for stealing items from the gift shop at the Phoenician resort in Arizona, where he was attending a professional conference.

I learned after his death in April 1999 - from the police report that he hid from me -- that he'd been in an alcoholic blackout at the time of his arrest. He was not only an alcoholic but a compulsive spender of his personal money. But he was so ashamed of being a man broken by his addiction that he chose to let the public -- and the beneficiaries of the San Diego County Employees Retirement Association -- believe that he was a thief so he didn't have to reveal his flaws during the civil service commission public hearing process. That decision cost him the job he loved so much, and perpetuated a downward spiral that ultimately took his life.

After being sober for a year and two 911 calls I'd made -- once to report him as a 5150 (deeming him a danger to himself or others) for making suicidal threats and once after he picked up a bat when I tried to take away his vodka bottle -- he relapsed one too many times. I told him our marriage was over, and he committed suicide several days after our last phone call, during which I asked if he felt as though he were going to hurt himself and he said no. He was severely depressed; he couldn't live with alcohol and he couldn't live without it.

And there, for the record, went my dream of having children. It was just too late and I decided it would be too selfish to have one on my own. When I spoke of his alcoholism and depression in his obituary, I received emails thanking me for helping to remove the stigma. I feel the same way now, as if I'm navigating some of the same waters by writing this book and dealing with all the questions about my integrity and motivations.

Maybe now people will better understand why I really write these books, that I personally do understand tragedy, and how I can and do empathize with the victims and their families. If I were trying to make money, believe me, I would've gone into a different field. But I think I'm right where I belong, doing what I love, because the work is so rewarding.