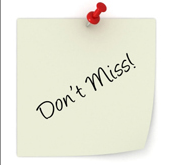 MID-CENTURY DESIGN—A lecture and self-guided tour of historic mid-20th century architecture in the Clairemont neighborhood of San Diego will be held Saturday, August 11. The lecture and tour will begin at St. Mark’s United Methodist Church, 3502 Clairemont Dr. in San Diego.

Noted historian Alexander Bevil and Clairemont resident will begin the lecture at 10 am with lecture and tour registration beginning at 9:30 am.

Tickets: $15 for members of Save Our Heritage Organisation, sponsors of the event and $20 per ticket for non-SOHO members.

Tickets may be purchased at the door day of the event or in advance in person by calling SOHO 619-297-9327 for box office locations.

The self guided tour named Clairemont: The Village within a City will highlight more than 40 of Clairemont’s best Mid-Century modern buildings, including libraries, schools, religious institutions and residential neighborhoods.

Clairemont was one of the nation’s first and largest planned postwar communities.
At the end of WWII an influx of families began to settle in San Diego and the need for housing and recreation spaces was very clear. Clairemont met the needs of the growing families of the postwar generation to live the American Dream.