A FEW WORDS ABOUT CROSSWORDS 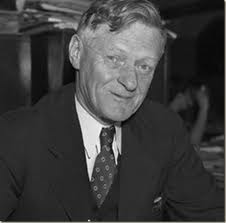 PUZZLING THOUGHTS—There are few faster ways to endure a half hour wait at the doctor’s office or waiting to board a plane than doing a crossword puzzle. I find them fascinating and they make wonderful sleeping pills, too. Plus, how else would we know the Greek alphabet or the names of all of Snow White’s dwarfs? Crossword puzzle’s are—after all—a garage sale of information and who doesn’t love them. In fact, crosswords can be the antique stores of the Queen’s English.

In the early 80s, I had the pleasure of being on San Diego Magazine founder and editor Edwin Self’s editorial staff. Ed and I seldom had cross words until I suggested we move the crossword puzzle off of the back page of the magazine (founded by Self in 1948). My agenda was to have the back page all to myself for my death and breathless prose.

Ed didn’t buy it. “Many other junior editors have tried to move that crossword puzzle but our readers will have none of it. I won’t fight that battle because I know the letters will come pouring in,” he said. I never brought the subject up, again. And, it was years before I became addicted to crossword puzzles. That was my revenge for being called a junior editor.

But, I did become an addict. What focused me on crosswords was when a doctor, who was treating my mom for dementia asked if she had ever done crossword puzzles. “No, but why?” The doc said it was good for the mind. Keeps the memory sharp and adds new words to our language processing abilities.

To this day, I prefer the daily crossword puzzles in the Los Angeles Times and if I only have time for one a week then let it be the Sunday puzzle. I find the LA Times more in tune with West Coast words, while I find the New York Times crossword puzzles very Manhattan and I don’t live there. Somehow, my crossword puzzle has to come from a newspaper or an inflight magazine because I just can’t get excited about puzzle magazines. We all feed our addictions differently. Some use only pens and others pencils with erasers. And, latest guestimates offer that about 30 million Americans tackle crossword puzzles regularly.

Crossword puzzles started in England during the late 1800s, but it wasn’t until the New York World published on Dec. 21, 1913 that the puzzle was elevated to an adult pastime.

Arthur Wynne, an ex-Brit journalist, who was asked by the editor of the New York World to create a new game for the newspaper’s Sunday entertainment page. The rest is history.

And, the crossword puzzle is long gone from San Diego Magazine. Ed Self’s ghost hasn’t been spotted at the magazine, but I wouldn’t want to be the last one working late at the office if the topic of crossword puzzles ever came up.

NOTE: To see (and play) Arthur Wynne’s crossword puzzle of 12/21/1913, published in the New York World; paste the following URL address below in your search engine.