WEST SIDE OF BALBOA PARK DINING 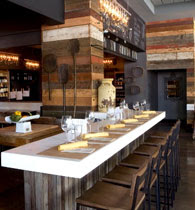 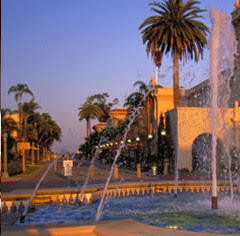 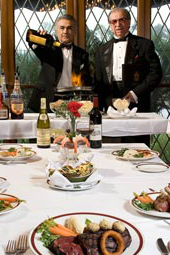 According to American Bungalow Magazine, San Diego has one of the largest collections of Arts & Crafts bungalow neighborhoods in the U.S. based on diversity of design and sheer numbers.

Lectures will take place throughout Saturday at the rarely opened Wednesday Club, designed by Hazel Wood Waterman in 1908. Presentations will include Lost Sixth Avenue with award winning filmmaker and historian Dan Soderberg, as well as The Chicago Connection in San Diego - How the Prairie School influenced San Diego by research historian Allen Hazard, with more to be announced.

Plus, the Historic Home Tour Weekend is held adjacent to Balboa Park, one of the finest public parks in America. Balboa Park is surrounded by historic home neighborhoods.


APRES TOUR/WHERE TO EAT**: A local newspaper recently reprinted this blog’s coverage of Balboa Park restaurants and food stands: See this blog’s Jan. 14, 2012 episode called “Inside the Park (Dining) Home Runs.” Plus, Fifth Avenue from Laurel to University has a plethora of fine restaurants. Really too many to list here. OK, OK, here are three not to miss: PRADO/American in the middle of the park (619) 239-0512; or the adjacent IMPERIAL HOUSE/Continental (an old fashioned bistro) 619) 234-3525 and or CUCINA URBANA/Contemporary (619) 239-2222.

**Dining suggestions are recommended by this blog and do not necessarily represent the views of SOHO or its associated sponsors.