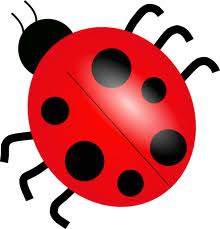 FRIENDLY FIRE--With recent heavy rains, I decided my garden needed reinforcements to keep pesky insects off my prized greenery. At least that was my initial thinking. But in retrospective my impulsive purchase of 1,500 live ladybugs from Armstrong Garden Center (1-800-557-5268) may have been a waste of $8.99, plus tax.

The idea was to keep my garden chemical free by allowing predatory ladybugs, actually a spotted beetles, to devour aphids and other insects from chewing my plants. At dusk, I sprinkled the lady bugs around my North Park home so they’d get a good night’s rest before tackling their new assignment.

Next morning, homemade latte in hand, I went out to review my newly hired mercenaries. To my surprise, the entire ladybug battalion went AWOL. Not one had hung around to defend the fort. Who do I call?

Later that day, my neighbor across the street was seen waving a small towel around her prized garden fending off small flying critters. My kid, reported our neighbor had never seen such a huge swarm of ladybugs appear so early in the season. “How, odd,” I mumbled feigning disinterest.

I thought asking for a refund from Armstrong’s, but blanched at the thought of recapturing the ungrateful squadrons and squeezing them into that ice-cream sized carton.