WHAT MAKES THE WORLD GO ‘ROUND? 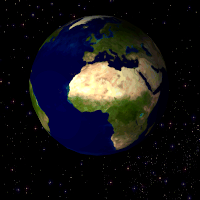 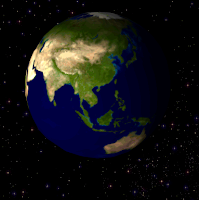 BECAUSE IT CAN—Well if love made the world go ‘round then this old house would have burned down a long time ago. Or, so goes the John Prine tune. But what makes it spin? Or as a young 8-year-old relative recently asked “why doesn’t it just stop spinning like a top?”

Because kids demand answers, I shrugged and looked at my wife for an answer. And she offered: “it spins because it can.”

Sensing, a bigger answer was needed, I took a stab. My answer was a bit more convoluted. “The planet spins because of multi-faceted, gyro-maniacal, oven convection forces generated by gasses rising from cattle ranches in Texas.” No fool, the kid picked my wife’s answer. And, basically, she’s right on the money. The earth spins because it was made that way [cue religious music] in the beginning. And, it keeps spinning because space is a vacuum and there’s nothing out there (so far) that gets in its way to stop it from spinning.

A more technical answer came from Cal Tech’s myriad of blogs: “…Earth spins because of the way it was formed. Our solar system formed about 4.6 billion years ago when a huge cloud of gas and dust started to collapse under its own gravity. As the cloud collapsed, it started to spin. Some of the material within this cloud gathered into swirling eddies and eventually formed into planets. As the planets formed they kept this spinning motion. This is similar to what you see when skaters pull in their arms and spin faster. As material gathered in more closely to form a planet, like Earth, the material spun faster. The Earth keeps on spinning because there are no forces acting to stop it.”

“…but why does Venus spin in an opposite direction than the Earth. For that answer I referred him to the late actor W.C. Fields, who reportedly said, “go away kid, you bother me.”