Jose Abreu (Chicago White Sox) and Yasiel Puig (Los Angeles Dodgers) are elite Major League baseball players in the U.S.  Both were teammates in the early part of this decade in Cuba with the Cienfuegos Elefantes.  Puig was born in Cienfuegos.

In order to make it to the major leagues both players had to defect.

The dangerous circumstances involving their defections from Cuba read more like fiction than real life.

The path that then 21-year old Yasiel Puig, an outfielder with the Los Angeles Dodgers, took to defect from Cuba is tale of desperation.  He placed his life in the hands of criminal elements, who were among the least savory characters in the Caribbean.

The following excerpt on how Puig defected appeared in the April 2014 edition of Los Angeles Magazine: “...I don’t know if youi could call it a kidnapping, because we had gone there voluntarily, but we also weren’t free to leave,” said Yunior Despaigne, a co-defector and then co-captive somewhere in Mexico.  Despaigne, a boxer who had known Puig from Cuba’s youth sports academies, recalled the human traffickers wanted their money for successfully getting the ballplayer to Cuba.  But Puig’s sponsor in Miami wasn’t coming up with the dough.  The boxer added: If the smugglers didn’t receive their money, they were saying that at any moment they might give Puig a machetazo—a whack with a machete—to chop off an arm, a finger, whatever, and he would never play baseball again, not for anyone...”

For the rest of the article go to: http://www.lamag.com/longform/escape-from-cuba-yasiel-puigs-untold-journey-to-the-dodgers/#sthash.ObxkYMWN.dpuf

Successful  Chicago White Sox infielder, Jose Abreu’s defection was no less harrowing.  Here is the first paragraph of an April, 2015 Chicago Magazine article on how Jose Abreu came to America.  The article was written by Michael E. Miller

“They left in the middle of the night, entrusting their fate to a tiny boat, its two motors, and the ink-black sea. For 12 hours, they pressed on. Through darkness, then dawn, then scorching daylight. Through 15-foot waves. And through the paths of trawlers and other ships that could cut their own 20-foot vessel in two.

Six of them huddled close atop a roiling ocean under an angry sky. But it was the hulking man in the middle who held them all together. Jose Abreu led his family—his fiancée, Yusmary; his parents; his sister and her husband—in prayers as the boat bucked and kicked beneath them. “It was dangerous,” he says. “The waves were high, but the Lord was at our side. God gave us the chance to reach our destination...”

For the rest of the article go to: http://www.chicagomag.com/Chicago-Magazine/April-2015/Jose-Abreu-Chicago-White-Sox/ 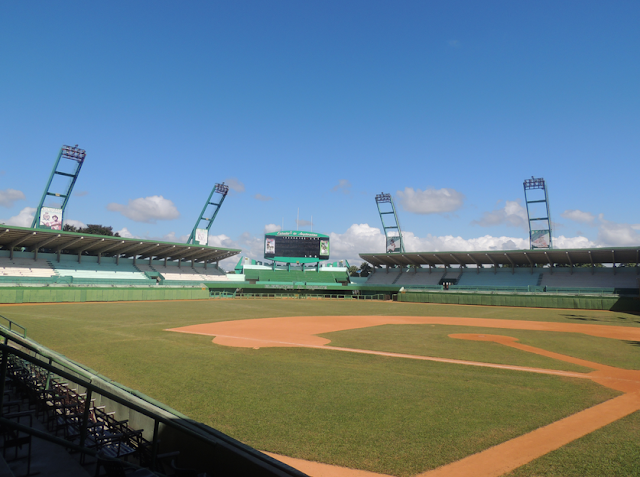